“Ok, Future Boy. Who’s the president of the United States in 1985?” “Ronald Reagan.” “Ronald Reagan? The ACTOR? Then who’s Vice-President, Jerry Lewis? I suppose Jane Wyman is the First Lady!” Audiences in 1985 rollicked with laughter at this irresistible jab at then-president Ronald Reagan in Robert Zemeckis’ Back to the Future. The Great Communicator himself was a […]

So. Chances are you’re here, reading these words, because you have some sort of affinity for classic films. Black, white, color, VistaVision, CinemaScope, 35mm, 70mm, cinerama and even smell-o-vision. And as a fan of celluloid cinema (something facing extinction with the onslaught of the now commonplace DCP and the possibly soon-to-be commonplace 48 FPS) you […] 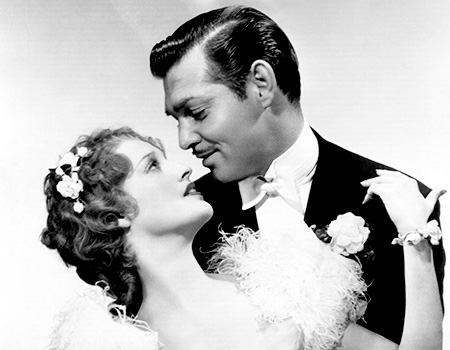 Strictly entre nous: I’m not a fan of Jeanette MacDonald.  I am a fan of opera, thank you very much indeed (I begged–and won–for my parents to take me to see Le Nozze di Figaro at the Los Angeles Opera at age 16) but I’d much rather listen to Irene Dunne’s falsetto’s than the fluttery […]

Today is James Cagney day on Turner Classic Movies and over at Sitting on a Backyard Fence, bloggers worldwide have rallied together to tip their hat to one of the biggest bad-asses ever to grace the screen. I love bad-asses. No, not this newfangled generation’s overinflated sense of importance that has managed to give every […]

Perhaps one of the many reasons I have such a deep admiration and respect for Marilyn is due to the fact that the first film I saw of hers, or rather, the first film I remember watching start to finish ( Marilyn’s films are so rooted in our cultural subconscious that someone can feel as […]

Movie Stars, as we’ve come to know them, no longer exist. They simply no longer exist. Oh sure, movie stars are still alive, from Debbie Reynolds to Robert Redford to Brad Pitt, but they are the last of an entire civilization that has since gone with the wind. 15-minute celebrity culture has gouged this once […]

END_OF_DOCUMENT_TOKEN_TO_BE_REPLACED

"If you obey all the rules, you miss all the fun." - Katharine Hepburn
The Kitty Packard Pictorial
Blog at WordPress.com.