This post is in conjunction with today’s Fashion in Film Blogathon behing hosted by the lovely Angela at The Hollywood Revue!

Scene: Main Street, USA. 1937. Boy and girl at the local theatre watching the new Carole Lombard comedy Nothing Sacred. Lots of laughter, lots of coddling. The sight of Lombard in a voluminous yet slinky black dress catches both of their attentions. The Boy: “My god,” he thinks, “look at those [insert female euphemism of choice].”  The Girl:  My god,” she thinks, “look at that dress!”

She is instantly convinced that owning it will make her fella think her [euphemisms] are every bit as noteworthy as Lombard’s.

And Hollywood, that eager opportunist, was ready to oblige.

From the book Movies and Mass Culture by John Belston:

“In 1930, Waldman played the role of fashion middle-man for all major studios except Warner Bros. (Warners, always a loner, established its own Studio Styles stores in 1934). By the mid-1930s Waldman’s system genrally operated as follows: sketches and/or photographs of styles to be worn by specific actresses in specific films were sent from the studios to the bureau. The staff first evaluated these styles and calculated new trends. They then contracted with manufacturers to have the
styles produced in time for the film’s release. They next secured advertising
photos and other materials that would be sent to retail shops.”

By the late 1930s, motion pictures were the most powerful influential means of communication the world had ever known. Itsexponential effects were, as of yet still incalculable, but its tremors deeply felt on an international scale.

An MGM short subject from 1940 entitled Hollywood: Style Center of the World does a succinct succint job of capturing this movement at its zenith. Before descending into an MGM parade of studio propaganda, it captures the very spirit of this fascinating—and never to be repeated—time in popular culture. 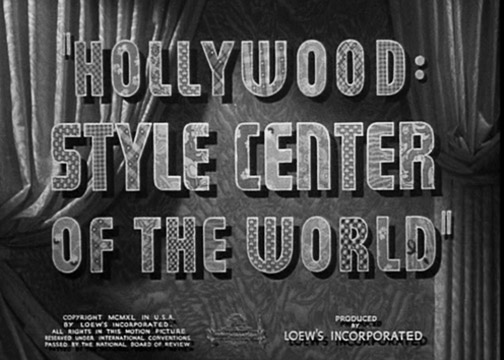 Sweet little Mary gets a telephone call from her beau in uniform, Joe. He’s in town and wants a night out. But … 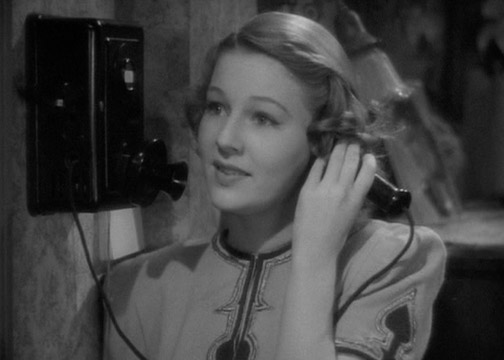 Mary needs a dress. So she drags Papa into the city and they both pause in front of the town’s Cinema Shop. 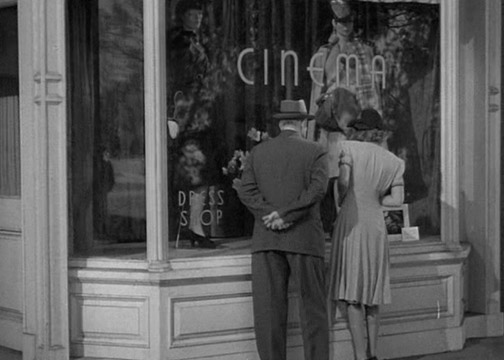 From Movies and Mass Culture: “Waldman’s concern also established the best known chain of fashion shops, Cinema Fashions.  Macy’s contracted for the first of these shops in 1930 and remained a leader in the Hollywood fashion field. By 1934 tehre were 298 oficial Cinema Fashions shops (only one permitted in each city).” 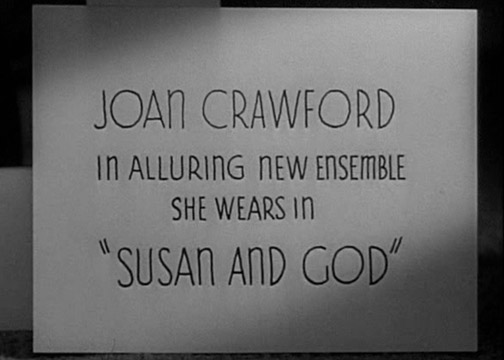 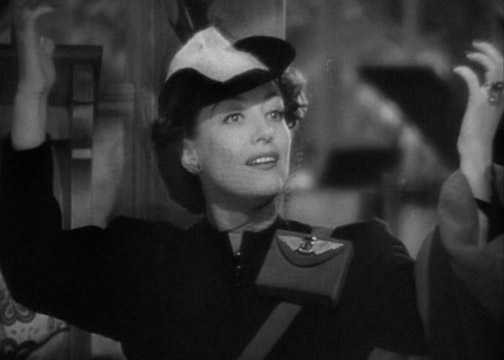 Mary buys it. (Or rather, Papa does.) 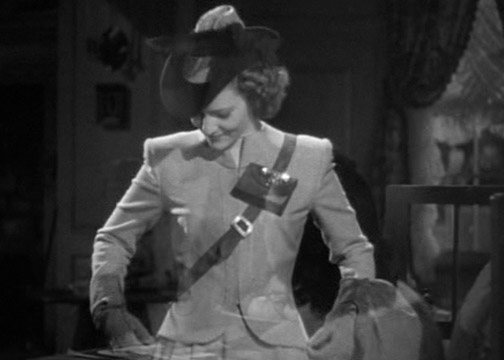 Driving home its point is a montage of middle America fields of grain, waving against the superimposed image of a smartly dressed young lady. Now a country girl, the narrator assures, is every bit as fashionable as her Big City sisters. 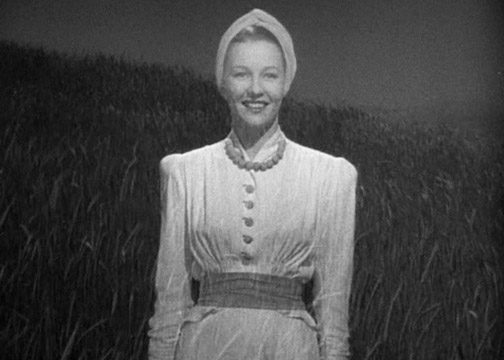 And who do they have to thank? Hollywood. 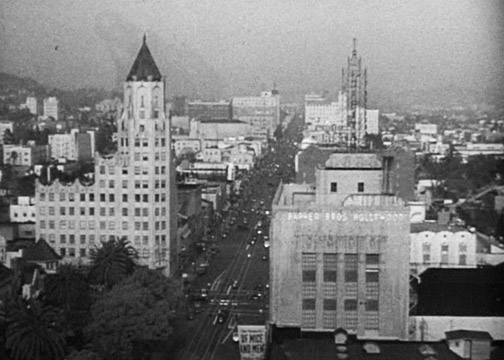 For Hollywood is a factory town just like any other– be it Detroit or Milwaukee. Only the skilled laboreres in this town happen to be writers, musicians, actors and …artists. 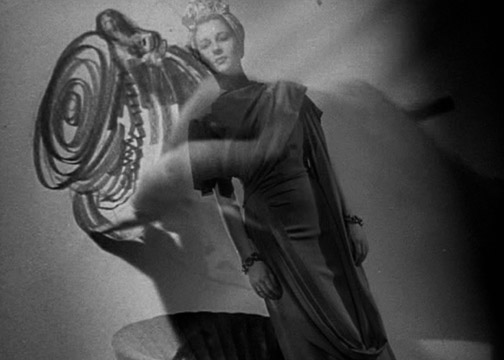 Dilligently working with conte crayon and tablet to furnish the natural wonders of his studios’ latest find.

Oh yeah. And his name just so happens to be Adrian: 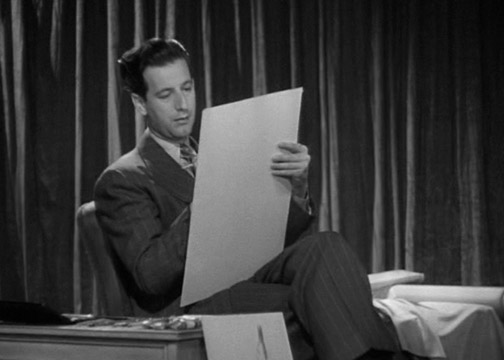 The inumerable movie fan magazines of the day seized upon this trend and made monthly fashion editorials (featuring, of course, screen starlets) a mainstay fixture. As the MGM short concludes, we get glimpses of factories working overtime to reproduce the fashions created by the black ink and pastel color of Adrian… his canvas creations becoming celluloid dreams-come-true as seen below: 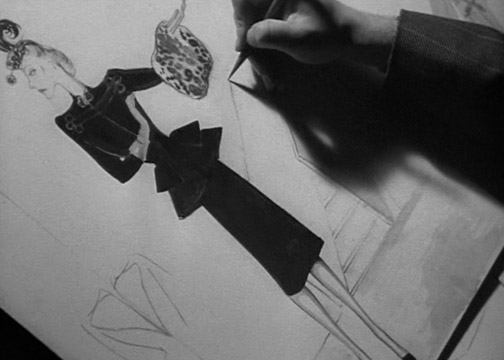 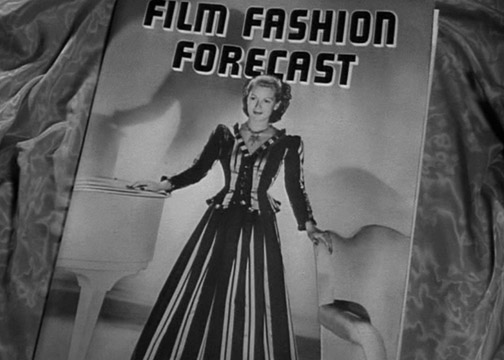 Again, from Movies and Mass Culture: “The sale of these fashions was tremendously aided by the release of photos to newspapers, major magazines and dozens of fan magazines. … In monthly issues of each of these magazine, millions of readers saw Bette Davis, Joan Crawford in a series of roles unique to this period: as mannequins modeling clothes, furs, hats and accessories that they would wear in forthcoming films…”

Photoplay magazine introduced “Hollywood Fashions,” was Photoplay magazines effort into the cinema fashion foray. Photoplay’s by then routine fashion sprea featured styles identical to those being distributed that month to Photoplay’s “Hollywood fashions” outlets nationwide. Advertised under banners such as “Now at Modest Prices: Styles of the Stars!” 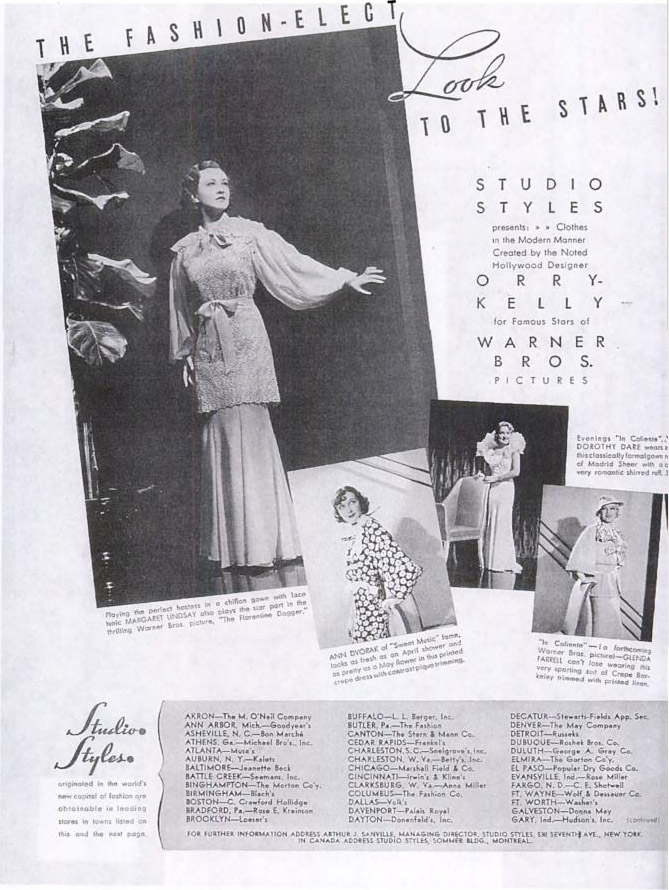 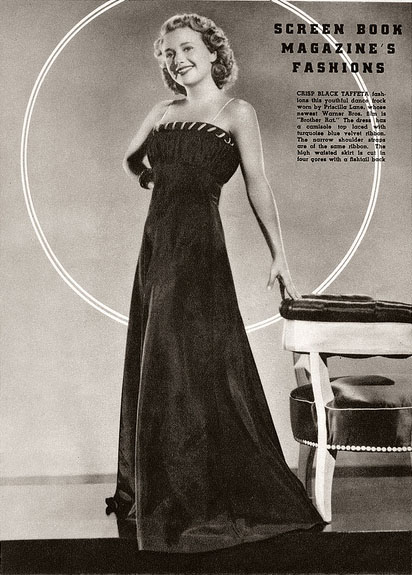