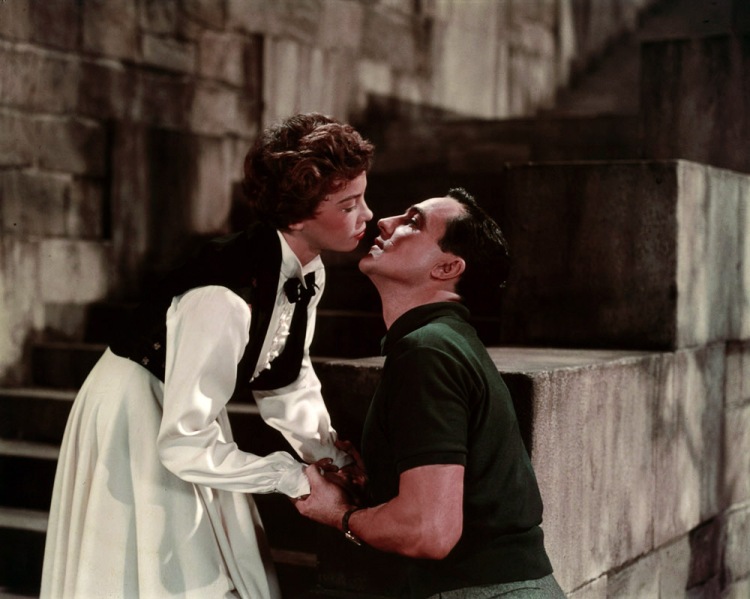 Watch out, Hollywood. On April 28 2011, thousands of top-hatted, faux-fur frocked, marcelle-waved classic movie fantics will once again converge upon the city for a three-day celebration of all things Classic Hollywood.

The TCM Classic Film Festival  returns onApril 28 through May 1 2011 as a sophomore effort to its smashing freshman success. Once again anchored at Hollywood’s venerated venues (The Roosevelt, Grauman’s Chinese and Grauman’s Egyptian), the festivities will kick off with a newly restored print of An American in Paris (on its 60th birthday) and will feature everything from rarely screened silent gems such as Keaton’s The Cameraman to the daddy of ’em all, Citizen Kane. A glimpse of the scheduled films and events were announced today in the following press release:

The TCM Classic Film Festival, which returns for its second year in 2011, will focus on programming that celebrates Music and the Movies, including outstanding composers, great songwriters and the unique role music plays in the art of filmmaking. Festival programming will also include a number of discoveries, significant restorations and special events that will be announced in the coming weeks.

The multi-faceted festival – which runs from April 28 – May 1, 2011, in Hollywood – will be packed with more than 50 screenings, including special introductions, guest appearances, panel discussions and more. TCM will honor songwriters George and Ira Gershwin throughout the four-day event, including the opening night gala presentation of the 60th anniversary world premiere restoration of An American in Paris (1951). The festival will present the 70th anniversary world premiere restoration of Citizen Kane (1941) as part of a broader look at prolific composer Bernard Herrmann on the 100th anniversary of his birth.

TCM will salute the 100th birthday of the “King of the Singing Cowboys,” Roy Rogers, with presentations of his films that will include new restorations.

The festival will also celebrate the art of silent movie music with Buster Keaton‘s last great silent comedy, The Cameraman (1928), featuring a vintage score of jazz and popular music performed live by the acclaimed Vince Giordano and the Nighthawks.

Vanity Fair is once again joining TCM as a festival partner. The magazine will produce the exclusive, opening-night after-party that will follow the red-carpet gala screening of An American in Paris. TCM host and film historian Robert Osborne will serve as official host of the festival.

Additional programming details will be released in the weeks and months ahead. In addition to the films noted above, the classic film specialists Rialto Pictures will present the North American premiere of a new, 35mm restoration of the British World War II thriller Went the Day Well? (1942), a rediscovered masterwork by director Alberto Cavalcanti. TCM, which will present exciting finds throughout the weekend, is also teaming once again with the Museum of Modern Art for a world premiere restoration of Hoop-La (1933), featuring Clara Bow in her final feature film performance.

Passes for the TCM Classic Film Festival will go on sale Nov. 3, 2010, at http://www.tcm.com/festival and will be available at four price levels. The number of passes will be limited, especially for top-level “Spotlight” passes. A new “Matinee” level has been added this year, offering attendees the chance to catch daytime events at a special, low price. Fans who purchase passes of any level prior to 5 p.m. (ET) Dec. 17, 2010, will receive a $100 “TCM Fanatic” discount.

The “Classic” Festival Pass: $499 – Includes access to all film programs at festival venues Thursday, April 28 – Sunday, May 1 (does not include admittance to the opening-night red carpet gala screening at Grauman’s Chinese Theatre); access to all Club TCM events, panels and poolside screenings at the Hollywood Roosevelt Hotel; an opening-night welcome party at the Hollywood Roosevelt Hotel; Friday and Saturday evening passholder gatherings; the closing-night event; and a commemorative festival program.

The “Essential” Festival Pass: $599 – Includes all privileges available to “Classic” passholders, plus entry to the opening-night red carpet gala screening of An American in Paris (1951) at Grauman’s Chinese Theatre and official TCM Classic Film Festival collectibles.

The “Spotlight” Festival Pass: $1,199 – Includes all privileges available to “Classic” and “Essential” passholders, plus entry to an exclusive Vanity Fair opening-night party following the red carpet gala screening of An American in Paris (1951) at Grauman’s Chinese Theatre; priority entry to all events; meet-and-greet events with TCM friends hosted by Robert Osborne; and an official TCM Classic Film Festival poster signed by Osborne.