In the days before Hulu and YouTube and Netflix streaming and iPhone apps, waaaay back in a time where communication wasn’t instant and deferred gratification was still a cultural commodity—the movie magazine serial thrived.

Think about it. Let’s say it’s 1940. A film comes out in the cinema, you pay your quarter, watched it,  went home and … well. That’s pretty much it. Sure you can revisit the film again at the theater, but there really wasn’t an afterlife for your favorite film of the moment. You weren’t waiting for it’s DVD release. There wasn’t a TV station to pick up the rights for rebroadcast. There was no Internet for downloading favorite scenes or watching instantly (whether legally or not so legally). If you really loved a film and wanted to have a personal interaction with it in your own home— that personal relationship with film that we take for granted—you could find solace either on the radio with programs like Lux Radio Theater, or in the pages of the movie magazine.

Popular films were serialized, often published within a month or two of the film’s initial theater release. The writing was campy at best, chockablock with the sort of gushy prose that permeated movie magazine of the day, but the spreads were asplash with color, plentiful photo stills, and definitely captured the spirit of the film enough to satisfy even the most ardent movielover before their next trip back to the cinema.

I absolutely adore reading these movie serials from Hollywood’s golden age and thought it would be fun new feature for the Pictorial to start posting some of them on a regular basis.

It Happened in Brooklyn is a low-budget, B-musical from 1947, starring a very young Frank Sinatra, Peter Lawford and Kathryn Grayson. The film does not hold up very well today (wasn’t much of a hit upon first release either) and it’s serialization in the June 1947 issue of Screen Romances is actually more fun than the film itself. But it’s a prime example of the movie serial and as good a place as any to start our new feature. 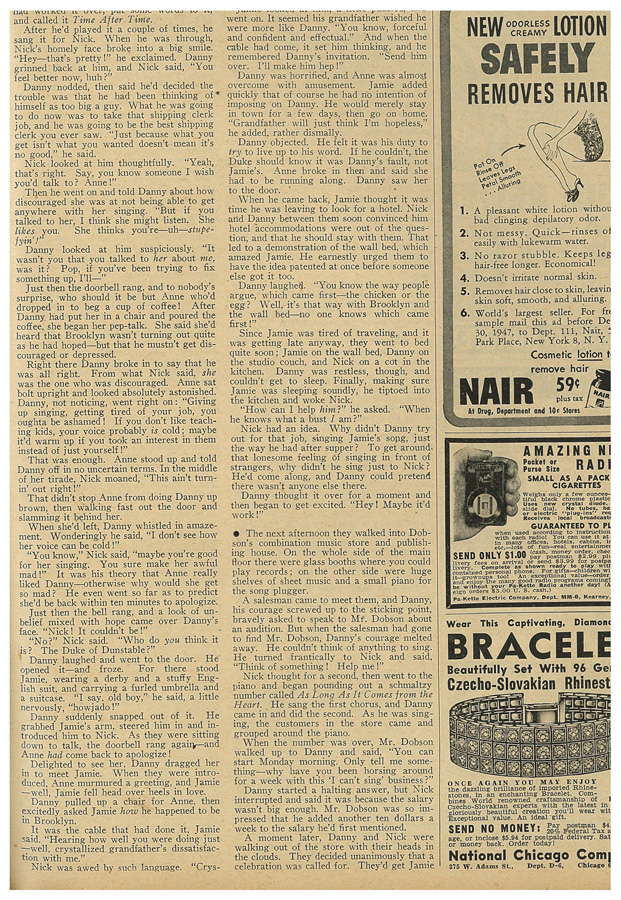 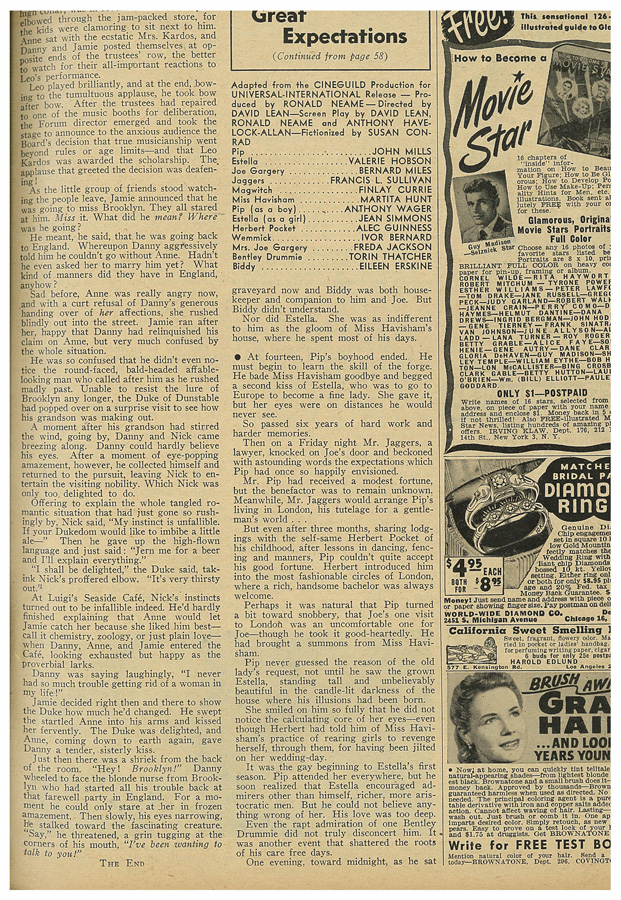