William Haines is perhaps best known today as being the first openly gay actor in Hollywood, and his refusal to deny or hide his relationship with his lover, Jimmy Shields, killed a soaring film career in its tracks. The handsome, witty Haines was a silent film superstar, and one of MGM’s biggest attractions and a consistent top box-office draw into the early 30s. But Louis B Mayer released Haines from his contract when he refused to end his relationship with Shields. However, Hollywood’s loss was, well, Hollywood’s gain, because the indomitable Haines (who was already buddy-buddy with the likes of Orry-Kelly) became its resident designer du choix. And while his work as an actor (particularly the comic roles as in Vidor’s Show People) is enjoyable, it is his memorable career as an interior designer that made him legendary.

The immaculate taste and style of the fearless William Haines is alive and well and flourishing in the 21st century thanks to William Haines Designs. Based out of West Hollywood, with showrooms on the east coast, the company faithfully reproduces original Haines designs and celebrates his famously glammed-up interiors (now coined as “Hollywood Regency”) with inspired décor that would do Haines proud. Kelly Wearstler and Jonathan Adler are just a few of the modern designers whose distinct sense of heightened glamour is more than just slightly influenced by Haines’ work.

But there ain’t nothin’ like the real thing, and the beautiful William Haines Designs website not only displays Haines’ classic interiors, pays homage to the man with a lovely pictorial biography.
It’s little wonder than such fashionistas as Carole Lombard and Joan Crawford (his best friend whom he lovingly nicknamed “Cranberry”) regularly employed Haines’ hand: his look positively screams Grand Hotel.

By the way, Haines and Shields remained together for fifty years until Haines died in 1973. As George Cukor put it, ‘they were the happiest married couple in Hollywood.’

Below are a few examples of Haines’ Hollywood glam interiors, both original and inspired-by.
(all images copyright William Haines Designs) 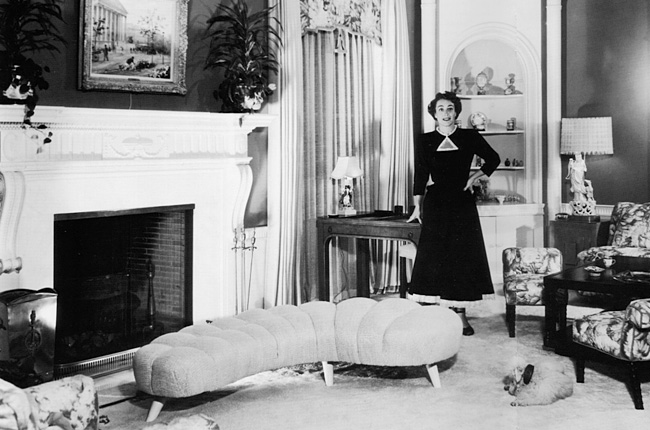 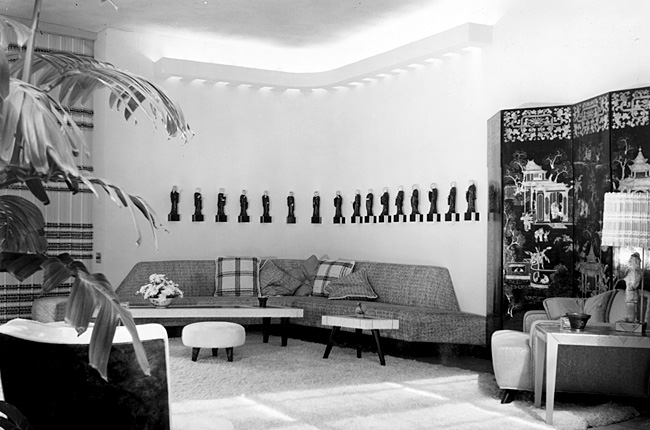 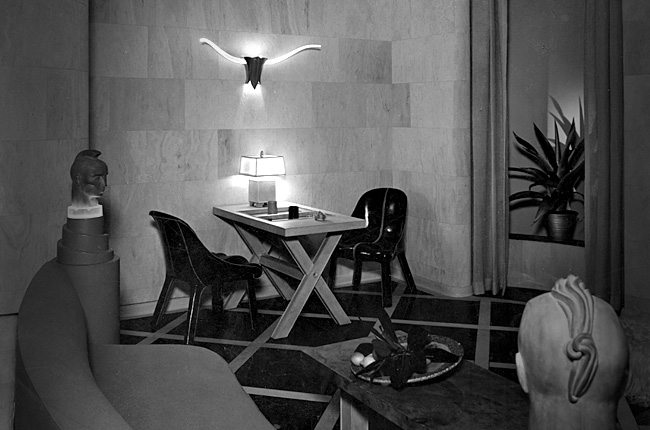 6 thoughts on “Favorite Website of the Week: William Haines Designs”