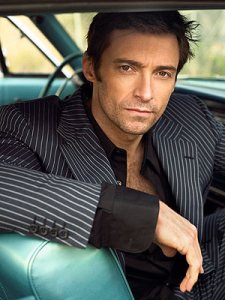 There was quite a bit of hubub today across the wires following the announcement that Hugh Jackman is to host the 81st Academy Awards in February. That’s right … Mr. Sexiest Man Alive himself. He sings, he dances, he’s a trained theatre professional and a solid actor in his own right … the fact that Mr. Jackman is not a comedian is precisely why a lot of people are hopeful that this decsion might just be a shrewd one. In the post-Billy Crystal era of Oscar emcees, the show has … well … let’s face it, it’s three and half hours of yawn-worthy cheese. Even truly great comedians like Jon Stewart and Ellen deGeneres, although solid in their deliveries, have been unable to lure interest in Hollywood’s venerable biggest night.

The plan, according to an LA Times  interview with the show’s new producers Bill Condon and Larry Mark, is to give the show a face-lift. They sound like they understand what’s needed: “people don’t tune in to see the host, they tune in to see the show.” They want to bring class and sophistication back to the show, and to make it feel like more of a party. After all, when the show began it was a dinner party at the swanky Roosevelt Hotel where the luminaries had a ball and generally enjoyed themselves. Condon and Mark say that if these were the good old days, they’d be asking Cary Grant or Clark Gable to host–that’s the sort of quality they seen in Jackman. They want the host to be able to say, ‘OK everyone, let’s just have a ball.’

A little known fact too is that Jackman has hosted high-caliber award shows before–even winning an Emmy for his hosting of the 2004 Tony Awards.

We shall see. And for the first time in quite a while … I’m very much looking forward to the telecast.